POET Design & Construction is a full-service EPC with a full-time staff of 80+ in addition to outsource partners.

POET Design & Construction supports the POET mission by providing high quality, timely and cost-conscience engineering, procurement, and construction services. We provide this support through value-added design and technology innovation from a knowledgeable, hard-working staff. We work closely as a multi-disciplinary team, in a dynamic, fast-paced, ever-changing environment delivering the best product in the industry.

Nearly 3 decades of experience designing, building or retrofitting 32 bioprocessing plants makes us uniquely qualified for any project - big or small. We have now expanded beyond the POET network and offer both fixed price contracts and cost-plus-fee contracts. Current business activity has been conducted in Iowa, Indiana, Michigan, Missouri, Minnesota, Ohio and South Dakota. Please contact us to learn more about our services. 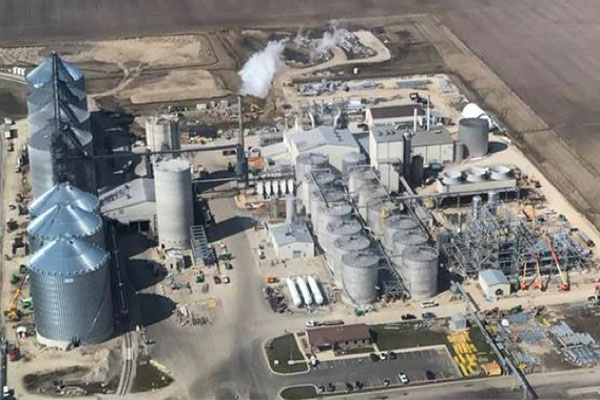 POET Biorefining - Marion broke ground August 15, 2017 to expand its production capacity from 70 million gallons per year to 140 million gallons per year. The project increased production of dried distillers grains from 178,000 tons annually to 360,000 tons annually. This expansion has added 26 million bushels of new corn demand annually for the local area and has created new jobs and economic activity for rural Ohio.

This expansion is the largest project in the Marion area since construction of the original POET Biorefining - Marion project in 2008. The $120 million project has had a profound impact on the local economy, including 225 temporary construction jobs and 18-21 new permanent jobs at the site. It also adds new corn demand at a time farmers sorely need support. 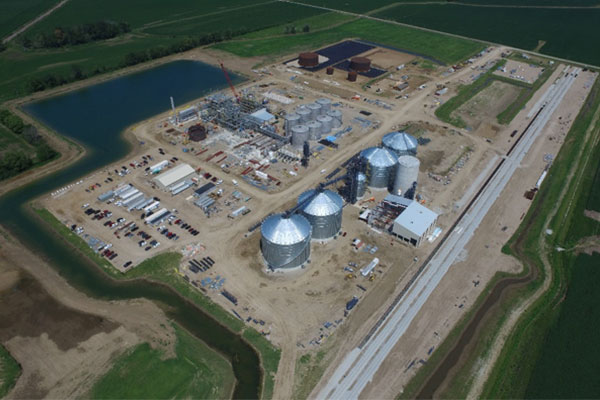 Following a strong directive from President Trump to lift the outdated regulations stifling E15 fuel, POET has moved forward with full construction of a new biofuel facility in Shelbyville, IN. Final permit approval was received in 2018 for the planned 75 million-gallon-per-year facility. With design nearing completion and construction underway, the expected completion date for the nearly $160 million facility is spring of 2020.

Shelbyville will be the 28th starch biofuel plant in POET's network, and the fifth in Indiana. It will add 45 full time jobs and $110 million in annual corn purchases for farmers in the area, primarily within a 30-mile radius. The new facility includes POET's state-of-the-art environmental controls and production processes. Those include features such as the proprietary Total Water Recovery, which eliminates process water discharge from the plant, and POET's patented BPX process, which lowers energy use and increases yield, making this state-of-the-art plant even more efficient. 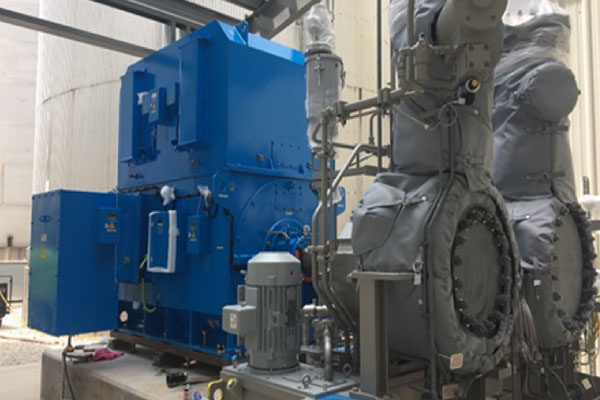 POET Design and Construction understands the importance of converting renewable resources to energy and other valuable goods as effectively as humanly possible. The Steam Turbine Generator Projects are a great example of this.

POET Design & Construction has successfully completed installation of steam turbines in 13 of their bioprocessing plant locations. These systems have reduced the reliance on the electrical energy grid; they recover waste energy for additional use in the plant and reduce greenhouse gas emissions.

The system uses steam in a turbine to generate electricity to run the plant, and recovers waste energy from the turbine to meet additional energy demands. This makes dual use of the energy used to power the ethanol process. 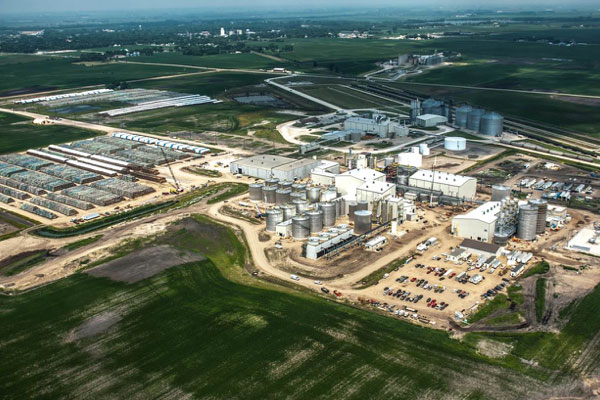 POET-DSM Advanced Biofuel's Project LIBERTY is one of the first plants of its kind in the nation. It uses cob bales - made up of corn cobs, leaves, husks and some stalk - to produce cellulosic biofuels. This product is harvested by local farmers and brought to the plant for processing. Besides ethanol, Project LIBERTY produces biogas from its anaerobic digester and steam from its solid-fuel boiler to produce power to run its own processes and export energy to the adjacent grain-based ethanol plant.