POET Celebrates Earth Day by Cleaning up 1,950 Pounds of Trash 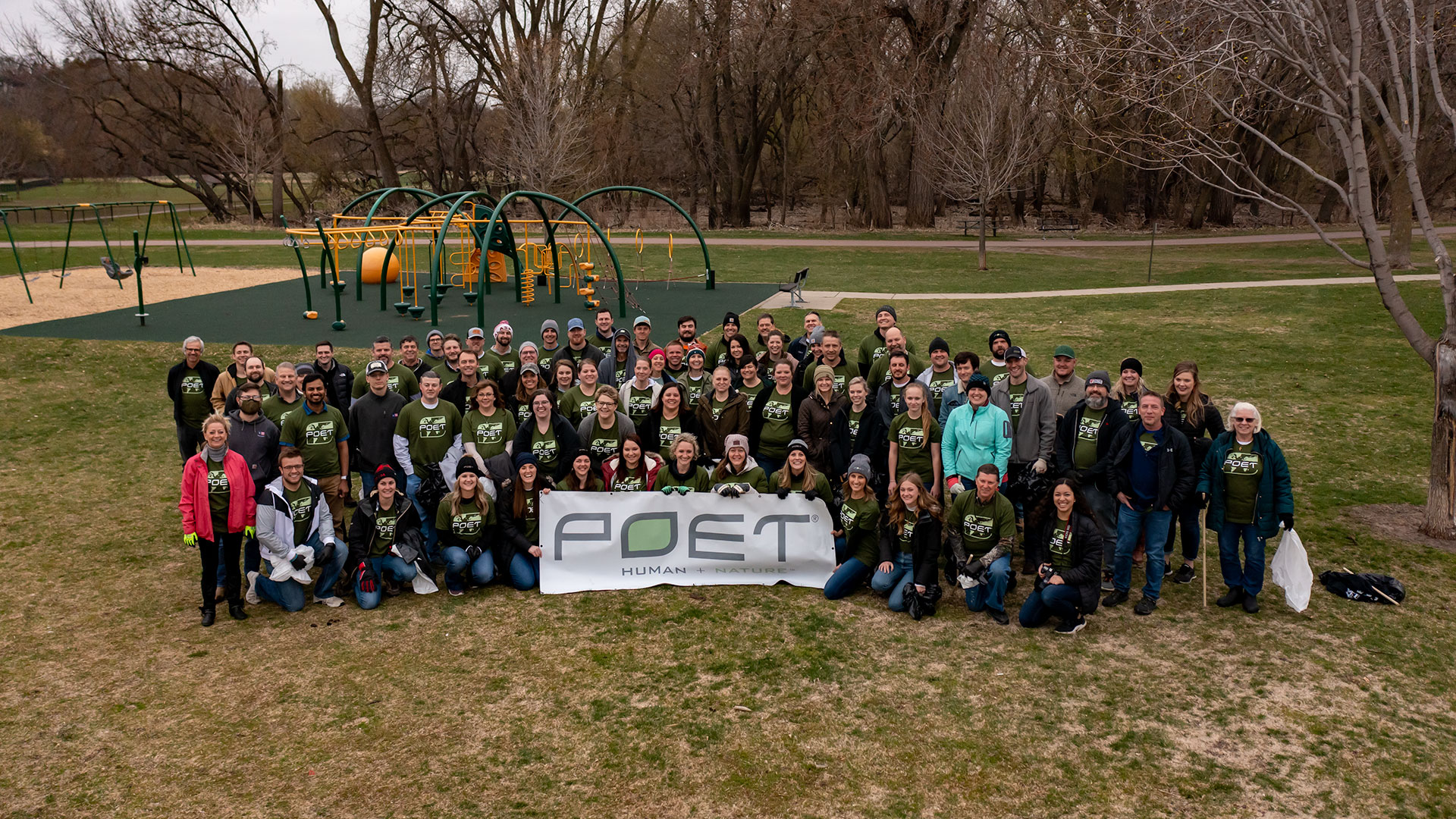 “At POET, we strive to live every day like it’s Earth Day,” said Jeff Broin, Founder and CEO of POET. “We live out our mission to be good stewards of the Earth in everything we do, whether it’s providing plant-based biofuel that cleans the air in our nation’s cities or growing our suite of green consumer products.”

POET coordinated the event with Sioux Falls officials, who arranged to dispose of the collected trash and recyclables. City of Sioux Falls Sustainability Coordinator Holly Meier stated, "We're grateful to POET team members for donating their time and efforts to help make Sioux Falls a little cleaner. As a leader in environmental stewardship, POET is a great partner for helping build a more sustainable Sioux Falls."

POET volunteers collected over 1,900 pounds of trash and recyclables along the Big Sioux River.

“We love being a part of this community, and I’m proud that so many of our local team members took our mission outside our walls and into the streets of Sioux Falls to help make our city a little cleaner,” said Broin.

The impact of this cleanup goes far beyond Sioux Falls. When a plastic bag or bottle is left uncollected near the Big Sioux River, it can float downstream. That piece of trash can make its way into the Missouri River, and ultimately end up in the ocean, where it would join the 5.2 trillion pieces of plastic trash that currently pollute the Earth's largest bodies of water.

Download photos and drone footage from the event here.