JIVE is better than the competition and doesn't result in a shingle coating with poor weathering performance. Adding JIVE to asphalt before oxidation (also known as blowing), can improve the penetration while not reducing the softening point substantially.

JIVE's use as an additive appears to alter the chemical composition of the asphalt such that the penetration and softening point relationship changes in a favorable way. JIVE reduces the viscosity of the shingle coating, which can significantly improve plant processing.

Table 1: Properties of Original Flux and JIVE/FLUX Blends Prior to Oxidation

Table 2: Effect of JIVE Addition to Asphalt Exposed to Oxidation

Figure 1: Effect of JIVE Addition on Softening Point to Asphalt Exposed to Oxidation 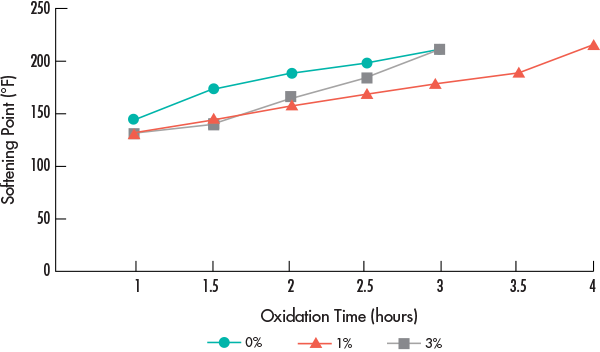 Figure 2: Effect of JIVE Addition on Penetration to Asphalt Exposed to Oxidation 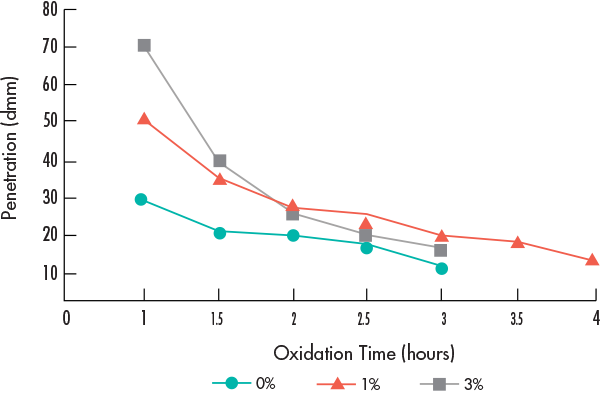 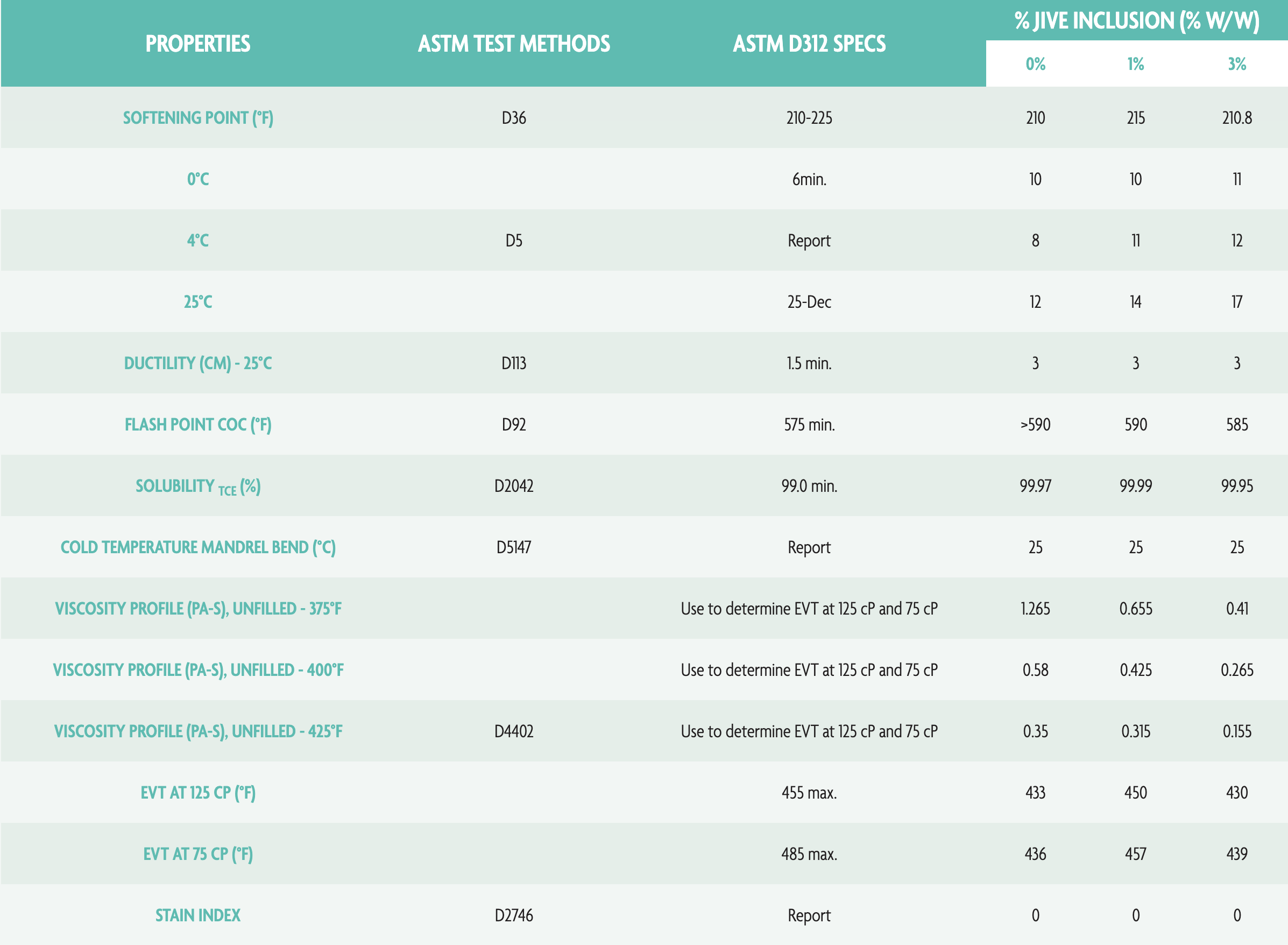 Panels generated from shingle coating produced at 0%, 1%, and 3% addition of JIVE before oxidation were exposed to accelerated weathering by Xenon Arc Weatherometer according to ASTM G155 for 3000 hours. Results indicated no pinholes or cracks in any of the samples, but an approximate 14.9% reduction in mass loss for 1% and 13.1% reduction for 3% JIVE containing shingle coatings. The average of two panels is shown for each sample type. 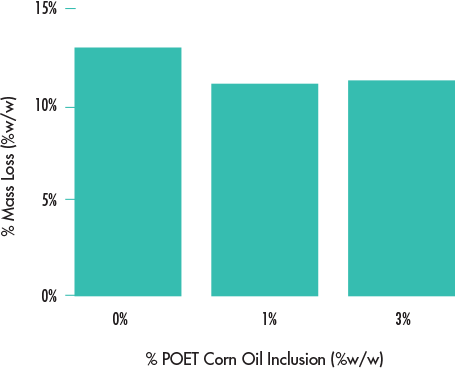